Line-Up:
Konzert (Eintritt frei/gegen Spende/Küche geöffnet): David Kay (Singer/Songwriter from Cumbria/Nord-England)
Infos:
David Kay is an upbeat, acoustic singer/songwriter from the North of England, playing a range of original material, from energetic acoustic anthems, to slow folk ballads. His influences cover a wide range of artists, from acoustic folk musicians such as Neil Young, Bob Dylan and Damien Rice, to more upbeat artists like Warren Zevon, Billy Bragg and blink 182. He has been performing live since 2012, having toured the UK several times, as well as embarking on a European tour in 2016, playing in Germany, Austria and the Czech Republic.

David has released 2 EPs and 1 album since 2013 and has another EP on the way this year. His EP ‘People Who Want More’ and his album ‘Greasy Elbows’ include songs about every-day situations and emotions, as well as tackling current affairs and the realities of touring the country with an acoustic guitar. Such songs have achieved radio play on national radio stations in the UK. 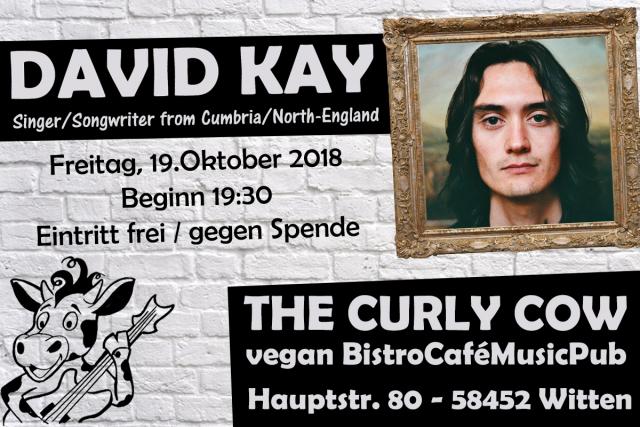