Line-Up:
Thee Irma & Louise
https://www.facebook.com/theeirmalouise/
https://theeirmalouise.com/
https://theeirmalouise.bandcamp.com/
Thee Irma & Louise hail from Berne, Switzerland, whose mountainous has bred it’s very own sort of garage rock cave people. The band started out in 2002 and has since brought their surf-inspired D.I.Y. garasz punk racket to the dampest, most dimly lit Basement rooms of Europe. They have self-released a whole Bunch of LPs and 7“s along the way. November 2019 saw the release of their new album „KILL LIST“, released on magnetic Tape and containing ten short stabs of knife-through-eyeball srrrf punk which have the B-52’s joyriding with Black Flag’s van with an Iron Maiden tape stuck in the cassette player, or The Other way round. In 2022 the band will be twenty Years old and some of them already look like it.

Project Teenage Angst
https://www.facebook.com/projectteenageangst
https://projectteenageangst.bandcamp.com/
Fears and phobias turned into songs, music as a form of sublimation. Always raw and tied to its original impulse, the pounding drums and a distorted guitar are used to create echoes of what once was called anxiety. Two voices, singing sweet melodies of mental breakdowns. That's the scheme, now make it loud. 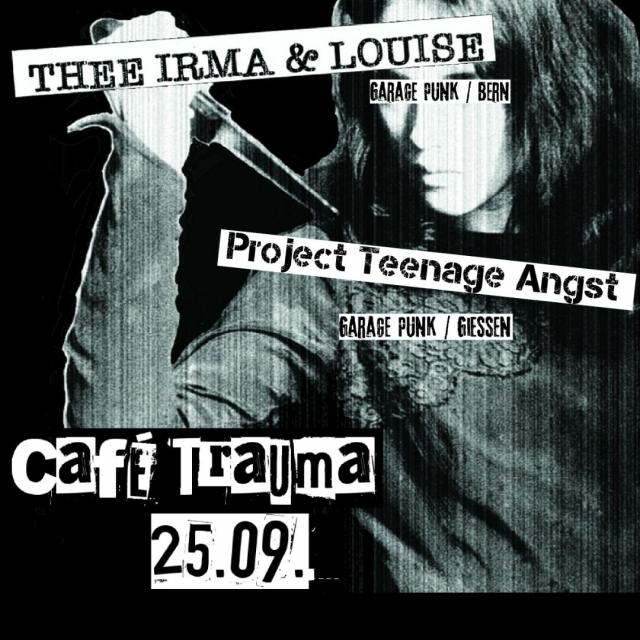