Joe McCorriston is a folk/punk influenced Singer Songwriter from Lancashire, UK. He already has 3 albums to his name as well as many compilations and EP's, 2011’s EP “One Day” and 2012’s LP “Try As You Might”, 2014's "Sick & Sand", and the latest album "The Party We Came For", was released on 16th December 2016, receiving positive media reviews and featuring Joe’s official backing band “The Blockbuster Blues” for the first time.

His musical influences range from Frank Turner, to Simon and Garfunkel, to NOFX, to Bob Dylan and he gigs endlessly around the UK & Europe as he is building a following one-by-one.

2013 saw him tour the UK with Bristol folk hero Gaz Brookfield, as well as play at festivals such as Kendal Calling, 2000 Trees and Rebellion Punk Festival, whilst releasing a Split EP with Singer/Songwriter Ieuan Williams. In 2014, Joe supported Frank Turner at a secret show in the UK, after being personally asked to play. He also received a 5* live review in Kerrang! Magazine for that show. As of June 2017, Joe has played 600 shows, and is showing no signs of slowing down.

Despite just being armed with an acoustic guitar, his live show is flawlessly energetic and passionate. If he keeps his songwriting going at this pace, as well as constant touring, his hard work will surely pay off. 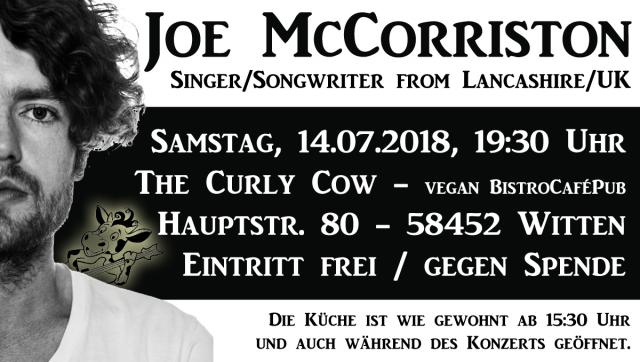